Shakespeare is possibly the most important writer in the English language and one of the most influential throughout all of history. Here are some resources to know the Bard better.

“William Shakespeare: The Life and Legacy of England’s Bard”  This is a resource put out by the BBC that gives a brief, chronological summary of Shakespeare’s life and legacy.

“How Shakespeare influences the way we speak now” article by BBC exploring the incredible influence Shakespeare has had on the English language.

“Actors in Shakespeare’s Day” an article from the Utah Shakespeare Festival site about the role of actors in society during the time of Shakespeare.

10 Things You Didn’t Know About William Shakespeare  from HISTORY.com.

No Fear Shakespeare modern translations of Shakespeare’s work written side-by-side with the originals. From Sparknotes. 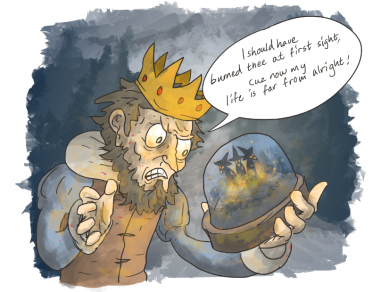 The Fate of Macbeth a paper written by Yours Truly (me) that explores one of the most prominent themes in Macbeth: Fate vs. Free Will