I remember the elation I was feeling during the days leading up to my appointment at the U.S. embassy in El Salvador. I was on vacation from my teaching job during the Holy Week, Semana Santa, and I had just returned from a short trip to Antigua, Guatemala with my then-girlfriend, Elena, and her family. For a couple days I walked those cobble-stoned streets, ate in its cafes and restaurants, took pictures in front of its Baroque-style churches and architecture, and enjoyed the presence of Elena and her family.

Though Elena and I were not yet engaged, we knew we wanted to get married, so we made an appointment at the embassy for the day after we returned from our trip to Antigua. I was very confident that I had done all my research and knew exactly what needed to be completed for us to get married in El Salvador (at a breath-taking cafe on the volcano overlooking the city), continue living there for a year or two, and then return to the United States. The embassy was merely a precaution to make sure we were following all the steps properly. 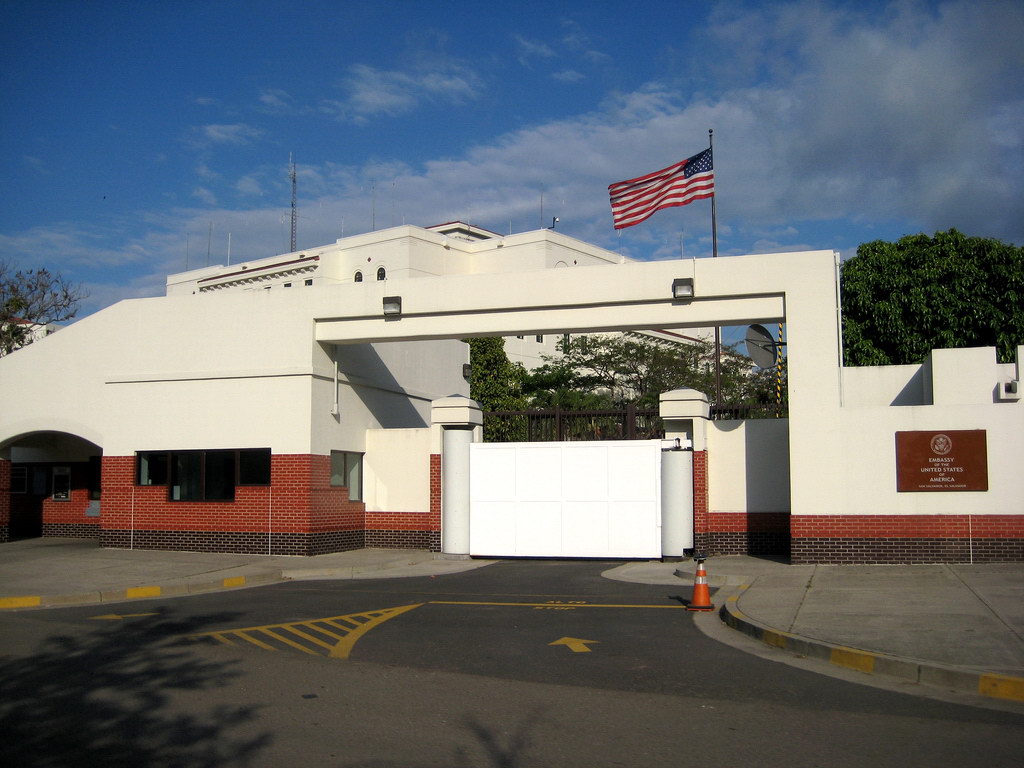 Eventually we met with an embassy agent, but our world came crashing down around us; she explained to us that it would be necessary for us to separate.

There were basically two types of visas we could apply for: a fiance(e) visa or a spouse visa. With the former, we separate before the wedding and then get married in the U.S. With the latter, we get married in El Salvador and then separate at some early point in our marriage. Basically, it was essential that I leave Elena at some point to return to the U.S. and establish myself there with a permanent residence and job.

We left that meeting so deflated. We would have to be separated.

I remember the initial shock, trying not to cry, trying to be strong for Elena, to be positive and act like it was only a small obstacle. We left the embassy and walked down the road a little ways to a coffee shop. We discussed our options but pretty easily decided that it would be better to separate before getting married rather than after. Literally, in the course of one conversation with an embassy agent that lasted minutes, all of our plans had changed. I had planned on teaching in El Salvador longer. We were going to get married on a tropical volcano in Central America!

That happened on Wednesday, April 12th, 2017. I literally went back to my home that night and immediately began applying to teaching jobs [side note: I actually applied that night to the school that would end up hiring me, Summit Christian Academy in Lee’s Summit, MO just outside of Kansas City, and I’m so incredibly grateful–so many applications, yet it was the very first where I now work!]. A few days later I notified my supervisor that I would not be returning to teach the next school year. Additionally, I had to say goodbye to some of the coolest 10th, 11th, and 12th graders I knew. Those kids treated me so well, and they gave me one of the most precious goodbye cards I’ve ever received. However, the end had come, and that summer I moved back to the U.S. Elena visited for three weeks, but then, suddenly, we were no longer together.

Even now I begin tearing up thinking through the emotions of last summer, watching her walk through security at the airport after saying goodbye, refusing to leave my spot until I absolutely could see her no longer.

Some of those first weeks of separation were incredibly difficult for both of us. We had to acclimate ourselves to a new reality in our relationship, a reality that easily fed into underlying fears (Will they leave me? Will they find someone else? Will our application be denied?).

Part of me wants to say that I blamed God a lot, but that probably doesn’t capture it. I was just kind of cold to God. The situation had numbed me, and I had difficulty even mustering any sort of emotional response to Him. It’s not that I lost faith. For example, I knew that church was important, and I searched diligently for one when I moved for my new job. However, my personal devotional life was suffering. I found prayer tedious and cynicism easy.

With time, however, Elena and I began finding our routine. I had moved to Lee’s Summit and was staying with a family (angels in disguise really–the Whites were a miracle) while I adapted and got settled into the new area, and I began working as a sixth grade teacher, being energized by the relentless youthfulness of the kiddos. Elena began her second year at the American school where she is an assistant teacher for pre-K, and it has proved to be such a positive environment and blessing for her. Thus, we began finding routine in our daily schedules and in our long-distance relationship (lots of texting and video calls).

In all this, though, the best thing happened. Even when we first learned that we would be separated, I made comments that perhaps this is a forced blessing, a path we would never choose for ourselves but one that would lead to greater individual growth before we join together forever in marriage. It was always hard to internalize that, but I communicated it nonetheless. However, it became true; that’s exactly what has happened.

In this season Elena and I have grown so much closer to each other, and more importantly, we have both galvanized an even deeper and richer foundation in Jesus Christ. He is our Rock. When we can zoom out and look at the big picture, we realize that one year is a small sacrifice if it results in a lifetime anchored in the power of Jesus. If this is what He needed to do to prepare us for our life ahead, then this season is worth it.

God tests those he loves.

In this you rejoice, though now for a little while, if necessary, you have been grieved by various trials, so that the tested genuineness of your faith—more precious than gold that perishes though it is tested by fire—may be found to result in praise and glory and honor at the revelation of Jesus Christ.      -1 Peter 1:6-7

This process has been slow and incremental, but recently I prayed something simply, and, more or less, it went like this:

I didn’t want to see it at first. I couldn’t. I said it, but I couldn’t see it. I couldn’t believe it. I couldn’t see how Elena and I separating could lead to anything good. It has, though, and we are both so grateful that God has been faithful. He has been preparing us, making us better versions of ourselves so that we can be better for each other and, ultimately, for God.

Elena’s embassy appointment is soon. She has been approved in every step of the process so far, and there’s absolutely no reason to believe she won’t be approved for this final formality. We’re still praying, though, because this journey is always anxiety-inducing. Nevertheless, we have a Power that is beyond all powers; He is the Mystery that is deeper than any mystery, and without Him we’d be nothing.

I love you, Elena Montoya, and I can’t wait to marry you soon.