Mark Van Doren was a poet, critic, and professor born in Hope, Illinois (a couple hour drive from where I grew up). Educated at the University of Illinois and later Columbia University (where he would later become professor), he won the Pulitzer Prize for poetry in 1940. Highly influential, I first came across Van Doren’s name while reading the Trappist monk Thomas Merton’s autobiography, The Seven Storey Mountain (still one of the most moving works I’ve ever read).  As I post poetry on Wednesdays I am often learning about the poets alongside my blog readers. I can say, Mark Van Doren is a guy I’d like to know more about. Nevertheless, this poem struck when I came across it a few days ago, and I feel that it helps capture the essence of the creative story-teller, a vocation which knows that all is alive and life is a grand story to share. I hope it stirs your imagination as it has mine. When someone tells a good story, a “worm” is wakened “in the world’s brain” and nothing stands firms again. What great story has done this to you?

He talked, and as he talked
Wallpaper came alive;
Suddenly ghosts walked;
And four doors were five;

Trains climbed trees,
And soon dripped down
Like honey of bees
On the cold brick town.

He had wakened a worm
In the world’s brain,
And nothing stood firm
Until day again. 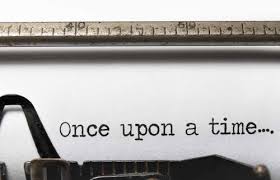