Though his love life was notorious, even infamous, Lord Byron’s ability to speak of the aesthetics of love is nothing less than profound. Thus, this week’s poem is a good ol’ fashioned love poem. 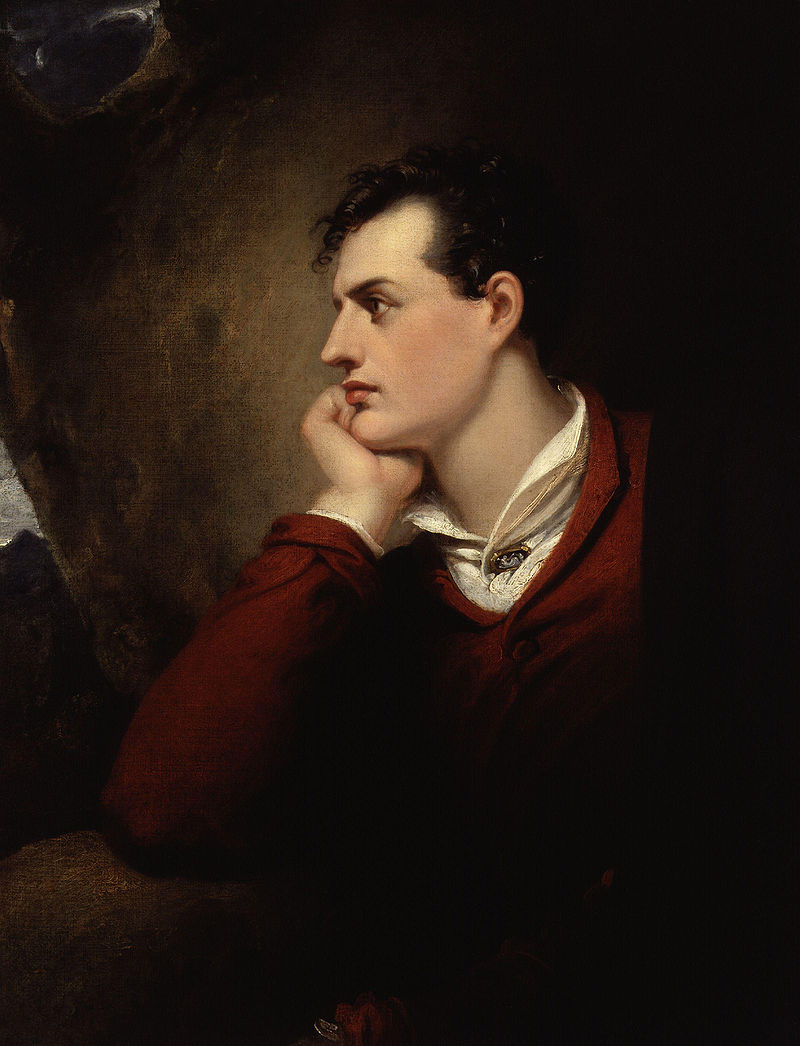 Lord Byron (1788-1824) was an English poet and a leading writer in the Romantic movement. Though in life he may have seemed to be a young, amorous, spoiled aristocrat, his handling of language particularly in the form of poetry will forever cement him as one of the best writers in English. In a Telegraph article, “The 1o best love poems,” Felicity Capon states that “She Walks in Beauty” is “[a]rguably the most romantic poem in English literature.”  Try not to think too intently on the context of the poem’s writing though–it is said that Byron wrote it after seeing his cousin outside of a ball. Yikes! However, without further ado and for which ever lovely lady is in your life, let Lord Byron’s words transfix and transform you.

She walks in beauty, like the night
Of cloudless climes and starry skies;
And all that’s best of dark and bright
Meet in her aspect and her eyes;
Thus mellowed to that tender light
Which heaven to gaudy day denies.

One shade the more, one ray the less,
Had half impaired the nameless grace
Which waves in every raven tress,
Or softly lightens o’er her face;
Where thoughts serenely sweet express,
How pure, how dear their dwelling-place.

And on that cheek, and o’er that brow,
So soft, so calm, yet eloquent,
The smiles that win, the tints that glow,
But tell of days in goodness spent,
A mind at peace with all below,
A heart whose love is innocent!